Are Crashing Oil Prices Part Of A U.S. Secret War On Russia? (And How To Trade It) 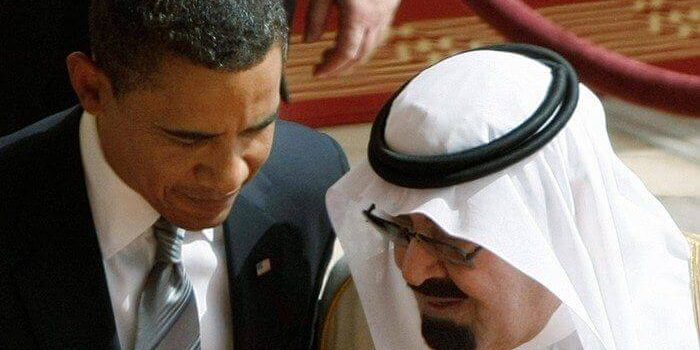 Are the U.S. and the Saudis conspiring to push down oil prices to inflict economic damage on Russia and Iran? That’s what a number of geo-political commentators are now suggesting. In fact, over the last few weeks, I’ve read dozens of articles from world-class news organizations about this. Take for example, what New York Times columnist Tomas Friedman’s wrote in the article, “A Pump War?”

“Is it just my imagination or is there a global oil war underway pitting the United States and Saudi Arabia on one side against Russia and Iran on the other? One can’t say for sure whether the American-Saudi oil alliance is deliberate or a coincidence of interests, but, if it is explicit, then clearly we’re trying to do to President Vladimir Putin of Russia and Iran’s supreme leader, Ayatollah Ali Khamenei, exactly what the Americans and Saudis did to the last leaders of the Soviet Union: pump them to death — bankrupt them by bringing down the price of oil to levels below what both Moscow and Tehran need to finance their budgets.”

So, what are we to think? Here’s what we do know: Back in June, oil prices were at $115 a barrel. By early December, they had dropped to below $70, and as of today, they are about $57 per barrel!  And this comes after nearly five years of price stability.

Is this an accident or by design? I’ve read a number of compelling reports on both sides of the debate. But either way, the collapse of oil prices is pushing both Russia and Iran to the brink of economic collapse.

Although other analysts suggest various economic factors such as increased US production, slowing economies in Europe and China and steady production from the Organization of Petroleum Exporting Countries (OPEC), Mr. Friedman disagrees. “This is business, but it also has the feel of war by other means: oil,” he writes.

What has been the effect on Russia? According to News.com:

“The Russian economy is in serious trouble as a result of a plummeting oil price and economic sanctions. Far from mission accomplished, it could actually be bad news for everyone . . . The value of the rouble is practically in free fall as the global oil price continues to crash. Oil has gone from a high of more than $100 a barrel in June to around $60 this week. That has wreaked havoc on Russian government revenue, around half of which comes from the sale of oil and gas.”

But, it’s even worse, because at the same time,  “ . . . economic sanctions imposed by the West as a result of Russia’s incursions into Ukraine and Crimea have prevented Russian companies refinancing their dollar and euro debts in Western capital markets. Their foreign currency debts are quickly becoming unsustainable as the rouble falls. So they’re selling off roubles, to buy dollars and euros, to pay off those debts. That’s driving the currency down even further, as is the wave of ordinary Russians rushing to swap out their roubles for less volatile assets.”

It’s also important to note that falling oil prices aren’t just hurting the Russians and Iranians. They are also creating a serious situation, here in the United States, that will most likely destroy our shale oil industry. If you’ve read anything about this, you may know the U.S. shale industry’s business viability is only possible when there is expensive oil, in the range of $80 to $100 per barrel. It’s been argued by many experts that the entire shale industry will not be able to operate profitably at prices lower than $60 per barrel. And that is exactly where we sit right now.

To this effect, The  Economist magazine recently noted this in an article:

“The main effect of [lower oil prices] is on the riskiest and most vulnerable bits of the oil industry. These include American frackers who have borrowed heavily on the expectation of continuing high prices. They also include Western oil companies with high-cost projects involving drilling in deep water or in the Arctic, or dealing with maturing and increasingly expensive fields such as the North Sea.”

What’s clear in all of this is that the huge drop in oil prices is creating very distinct winners and losers on the world stage. What’s not so clear is who, if anyone, is pulling the strings.

But as traders, this isn’t our main concern. We should look at all of this as a tremendous opportunity to profit. The price of oil has dropped by half in just the last few months. There’s no reason to believe that prices will now stay steady. In fact, odds are there will continue to be volatile price swings on huge volume.

That’s one reason why I’m recommending to all my readers to improve their trading skills by developing the ability to see and interpret volume data on their charts.

One of the best resources I’ve seen for this is the FREE volume trading course that was developed by my good friend, Nigel Hawkes, of Hawkeye Traders. Nigel is the world’s foremost authority on Volume-Based trading.

He has put together a set of detailed, professional-level training  videos that outline the development, testing, and execution of a trading methodology that is currently being used by some of the  world’s top hedge fund managers.

If you’d like to learn more, just click on the link below, go through all the FREE training, and then you’ll be in a much better position to profit from these wide swings we’re seeing in the markets.

Click Here To Get Your FREE Volume Trading Course