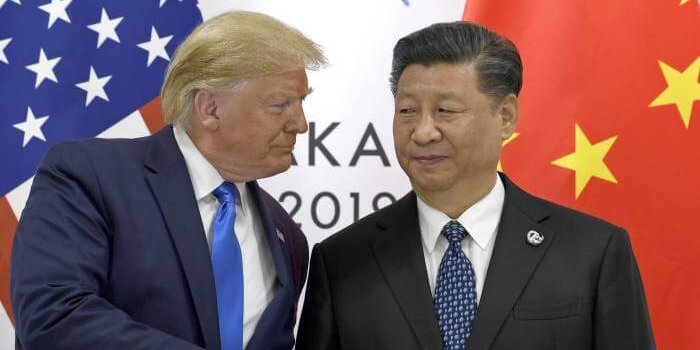 The Trump administration appears adamant about triggering a bare-knuckle trade war with China. The US president has over the past few months been making surprise and somewhat provocative economic moves against the Asian country.

Before I continue, if you want to know how I am trading the Trade War, Click Here to join me in an upcoming webinar.

On Thursday, Trump announced that beginning September 1, the US will impose an additional 10% in taxes on $300 billion worth of products from China. Should the threat see the light of day, the US will essentially be taxing all Chinese products coming into the country.

Despite such moves, China appears not to be interested in an all-out trade war with the US. But that doesn’t mean China is afraid of fighting back. A spokesperson of China’s foreign ministry said Beijing might soon be forced to take retaliatory measures if the Trump administration continues walking the same path.

China’s Ministry of Commerce also sent a stern warning that the country “will have to take necessary counter-measures,” further pointing out that “all the consequences will be borne by the US.”

As soon as President Trump made the Thursday announcement, oil prices slumped by 8%, Treasury yields went down 2%, and the Chinese Yuan posted its lowest this year even as DJIA closed the day 280 points down. The losses spilled over to Friday’s trading session, with Euro Stoxx 50 dropping by a saddening 2.4%, Shanghai closing the day at 1.4% lower, and U.S. stock index also experiencing a drop of more than 0.4%.

Should the Trump Administration go ahead with the tax plans, the Chinese economy will feel the heat.

China will probably hit back. But does it have many options?

Julian Evans-Pritchard, a senior China economist at Capital Economics, believes that Beijing doesn’t have many strings to pull against Washington. He says it’s very difficult for China to hit back directly at the US without hurting themselves.

How about taxing imports from the US? While that appears to be a likely move, it wouldn’t have much impact on the US economy. Figures show that China only imports goods worth around $120 billion from the US yet the US imports close to $540 billion from China.

Worse still, most of the Chinese imports from the US are high-tech products that they cannot easily substitute, says Evans-Pritchard.

The only weapon that China appears to have is its near-monopoly on rare-earth minerals that the tech industry needs. With a sturdy 90% control, China could choose to restrict the supply of the minerals to deflate the US tech economy.

It’s no longer a question of whether Trump is going to push forward with his tax plans. He surely will. The question is whether China has something potent to do to force the US to the negotiation table.

Category: In The NewsBy Dustin PassAugust 6, 2019