The Coming Financial Crash And What You Can Do Now 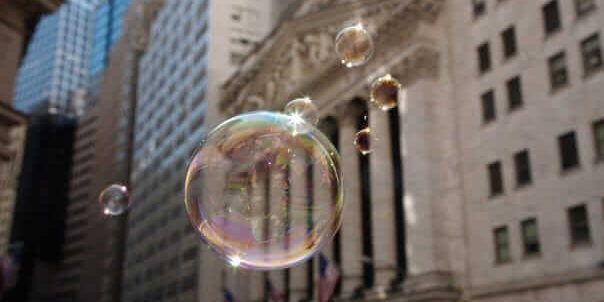 Over the last few weeks, I’ve written several articles that reveal the depth of financial problems that are going on behind the scenes.

Everywhere I look, I see things unraveling, even though the Fed and other central banks are doing everything they can think of to push the final financial implosion to “later” and limit the damage as much as possible.

So, what do I think will eventually happen? While it is certainly possible for the entire financial system to go straight down quickly, I see something different.

I think it is very possible for the financial system to drop in a stair-step fashion. There will likely be periods where things look like they are becoming more stable, and we will hear about “recovery” in the financial press.

However, then there will likely be another drop to a new level and a new set of problems. As these new levels happen, I believe people will generally adapt to the new conditions as best as they can.

Although most people will not understand what is going on with each drop, over time, they will look back and come to the shocking reality that everything has changed dramatically. Ultimately, the bubbles we are currently facing in sovereign debt, corporate bonds, and equities will burst, and this will be far worse than anything we’ve seen so far.

This is because these bubbles are far larger, and High-Frequency Trading algorithms will exacerbate the rush to the door.

Over the last few years, the core problems that caused the financial crises we faced were not fixed.

The banks that were “too big to fail,” are now much bigger. And, given the bailout they received, they are sure their risky behavior will be rewarded again when the time comes.

As for the rest of us on Main Street, do not believe everything you’re told in the press. Although the Fed and many celebrity “talking heads” crow about how the Fed has done a “great job” and averted a serious crisis, the real truth has been white-washed.

Working families have seen their real wages decline significantly over the last five years. And, let’s not forget that about 1.3 million people have been taken off of the “extended employment rolls.”

This is not what I think of when I hear the word “recovery.” How about you?

But every week, the talking heads are talking about how “real” the recovery is and how it is “gaining strength.”

I have to laugh when I see the “evidence” they point to.

For example, something that continually comes up is that manufacturing jobs are returning to America.

Is this true? Hardly. Frankly, there’s only been a trickle of manufacturing jobs that have returned, and most of them depend on public subsidies.

And in order to compete with other low-wage countries, these “exciting” new manufacturing jobs offer less health care, fewer benefits, and lower pensions. Many of these jobs pay less than $14 per hour, which is less than $30,000 per year!

So, although we all hear about “a recovery,” millions of people know from their own experience that it’s becoming harder and harder to make a living and feed their families.

The real question is, how will this all end? Most likely, it will be more of the same.

The politicians will lie and do everything in their power to kick the can down the road. The Fed and other central banks will continue to manipulate the markets as they’ve done over the last few years.

It’s certainly possible for things to fall apart quickly. It may even start with a “black swan event,” as first described by the writer Nassim Nicholas Taleb in his book, “The Black Swan: The Impact Of The Highly Improbable.”

In short, this is a rare and disruptive event that could change the entire game. Anything is currently possible, from a solar storm that knocks out the world’s entire communication grid, to a nuclear event, to another Lehman-style collapse, or the final reveal of the “missing German gold” I’ve previously talked about.

So, what do I recommend? Diversification.

Don’t have all of your trading and investment strategies “in one basket.” Have at least 10% (or more) of your liquid assets in gold. Have a few months of living expenses in cash, outside of the bank. If you’re currently only investing/trading stocks and mutual’s, learn to trade Forex. And by all means, learn to leverage algorithmic trading.

The time to prepare is now. Don’t wait until the collapse begins, because by then, it will be too late.

As always I would love to hear your  opinion and ideas on how you plan to trade the coming crash so leave your thoughts in the comments section below and be sure and share the love via facebook etc.