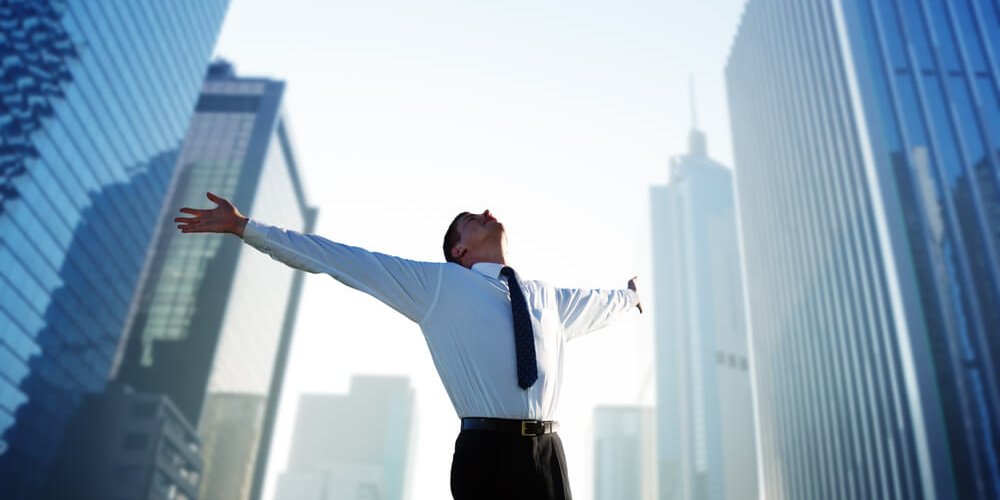 Have you ever done anything that scared you?

We all have something that we’re afraid to do.

But if we take the plunge, it could radically change our lives.

… Or, at the very least, you can get an interesting experience and a good story out of it.

I recently had one such experience…

It all started earlier this week, as the painters were freshening up the exterior of my house.

These guys had finished their work for the day and decided to leave a 20-ton boom lift in my driveway.

With the keys still in it.

First, I watched a 4-minute YouTube video on how to operate a boom lift.

Then, I started that puppy up and took a lap around the cul-de-sac.

I was having a blast…

Until I raised the bucket — and myself — about 25 feet in the air to check the painters’ work on the 2nd story of the house.

Now, I’m not a fan of heights.

In fact, you could say I have a slight phobia.

And I know what you’re thinking:

“Ross, why the hell would you climb into a boom truck and raise yourself two stories high if you’re afraid of heights?”

But that’s the thing…

I did it BECAUSE it terrified me.

Well, that, and the fact that I’m a man-child who still loves his Tonka toys.

You’ll never conquer your fears if you never face them.

I’m still afraid of heights, but I took one major step toward becoming more comfortable in the “air up there.”

One major step toward conquering that fear.

Your fear won’t evaporate overnight. It takes continued practice and dedication to seek out moments where it’s safe to test your fear and push yourself out of your comfort zone.

But remember: there’s no significant growth without risk.

Just like building any other muscle, confidence takes practice.

I see it with new traders all the time.

They’ll spend years watching from the sidelines, missing out on deals, because they’re overwhelmed by the charts.

Or, they’re afraid of the risk.

But then, something clicks, and they decide to take a chance. They get a few trades under their belt, and next thing you know, they’re hooked and consuming all things market related.

It’s always an exciting process, and I love to see the growth.

I’ll say it again, because it bears repeating:  There’s no growth without risk.

Even if you start off doing small things, that’s progress.

The key is maintaining consistency.

I want to challenge you to think about it over the weekend, and go do at least one thing next week that scares you.

Do that enough times, and I promise, you’ll surprise yourself.

Remember, whatever you do, do it safely. Oh yeah… and don’t tell them that Ross sent you.

How to Profit From Rising Energy Costs
October 19, 2021