Explosion at a Major US Energy Producer as Gas Prices Heat Up… Another “Accident?” 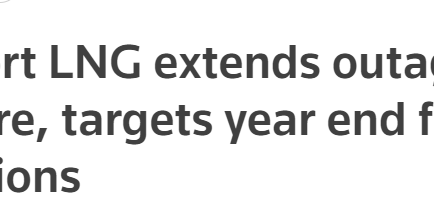 There are plenty of bad ideas about how to fix the energy crisis floating around DC.

This oil is supposed to be around if a war kicks off, or if there’s a natural disaster.

You know, one-off situations where we need immediate, short-term access to oil.

Using high prices is a terrible reason because you never know what emergency is right around the corner.

And high consumer prices are a chronic problem caused by some underlying issue the government can’t solve with a one-time SPR release.

It’s like dumping one or two buckets of water on a housefire in a sad attempt to put it out.

Of course, this did zero to drop the price of gasoline.

Voters are still feeling the pain at the pump, so they are starting to panic a little bit.

Revving up the PR machine, the White House came said oil companies have a “patriotic duty” to lower gas prices by expanding capacity…

Give me a break.

We’ve got the oil. We just have no refining capacity:

“Global refining capacity fell in 2021 by 730,000 barrels a day, the first decline in 30 years, according to the International Energy Agency. The number of barrels processed daily slumped to 78 million bpd in April, lowest since May 2021, far below the pre-pandemic average of 82.1 million bpd.”

And now you’re hearing whispers of an energy export ban… it’s hilarious that such a thing is even being considered.

The idea is that cutting energy exports would keep more energy supply domestic.

The problem is it hurts our trade partners.

With that in mind, I’ve got a question for you…

What if you could limit exports without a policy change?

What if some kind of “accident” kneecapped domestic oil markets?

Sure would be something, wouldn’t it?

Freeport is a company that exports liquid natural gas to our trade partners.

Depends on which price you look at.

Why is this market selling off so hard?

Because this contract looks at US-based natural gas.

US voters see their energy costs ease, while Europe pays the price.

It’s why Great Britain’s natural gas futures are spiking on this news:

We’ve talked about all the “accidents” at food production facilities in the US and elsewhere.

This is the first potential account of industrial sabotage on a major US energy facility.

And it’s getting the exact same result as what you would see in an export ban.

Now, these are the types of “conspiracy theories” that we may never know the truth about. We will never know for sure if these are all just accidents or if people are doing things behind the scenes.

But there is one area where we can “pull back the curtain,” spy on what the wealthy elites are doing…

And possibly enrich ourselves in the process.

Head here and I’ll show you what I mean.