Is The Fed Secretly Manipulating Markets 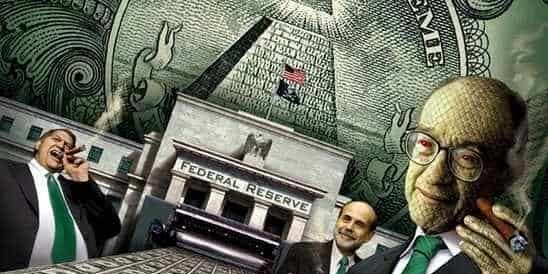 I am convinced that the Fed is secretly up to no good. That’s because I see clear evidence they are manipulating markets, all markets including stocks, bonds, foreign exchanges, and precious metals to meet their own selfish purposes.

Think about it: Stocks and bonds are up, gold is down, and currencies are pegged with narrow bands, REGARDLESS of the fundamentals.

Also, you may have noticed that a few weeks ago, on November 11, 2013, Andrew Huszar, an ex-Fed insider published his own mea culpa in the Wall Street Journal, apologizing for his role in executing “Quantitative Easing,” or QE for short. This was the Fed’s first plunge into bond buying.

The Fed’s cover story was (and has been) that this was a program for helping Main Street, but actually, according to Mr. Huszar, it was the greatest backdoor Wall Street bailout of all time. Here’s a little history. About five years ago, in 2009, the Fed started a new program of massive bond purchases. At that time, Ben Bernake claimed the Fed’s motivation was to help affect credit conditions for households and businesses. He spun it as an initiative of “credit easing.”

Well, despite this lofty rhetoric, the program didn’t help credit become any more accessible for Main Street. In fact, banks were issuing fewer and fewer loans. Although many Fed managers voiced their concerns that this Quantitative Easing wasn’t working, they weren’t listened to.

QE wasn’t providing any relief for Main Street, but was only providing benefits to Wall Street. The banks enjoyed lower cost of making loans and huge capital gains on the rising values of their securities holdings.

Then, only a few months later, the Fed announced QE2, a new round of bond buying. As Mr. Huszar mentions in his Wall Street Journal article, Germany’s finance minister called the decision “clueless.”

So, where are we today? The Fed continues to buy about $85 billion in bonds each month without any evidence of stopping or tapering. Over these last five years, they’ve purchased about $4 trillion in bonds. Without a doubt, this has been the largest financial intervention in the history of mankind.

And sadly, it hasn’t generated more than a few percentage points of U.S. growth.

The bottom line is that QE has only helped the banks stay in business and rake in record profits. It has done nothing positive for Main Street.

The record profits came directly from the Fed printing money out of thin air and giving it to the banks. There has been no social benefits provided to any of us, other than helping to prevent the big banks from imploding and destroying the global economy.

But ultimately, it’s just an illusion, and very few people see it for what it really is. It’s just not possible to print real wealth out of thin air.

Printing money does not create any wealth. All that happens is that everyone loses more and more of the value of their money. And in the end, faith in the currency is lost, and the currency collapses.

And that’s where I believe this will all end.

All of this Fed shenanigans will continue until it blows up in their face. And the recovery will be long and extremely painful.

Make sure to share  using facebook and register to receive live article updates using the form in the right column of our site.

Also, I would love for you to chime in on this and tell me what you think