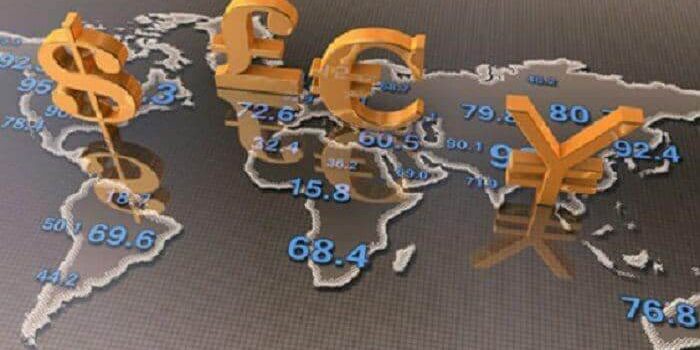 Thrive During The Global Debt Crisis

Navigating the ever-increasing global debt crisis and improving the profitability of trading can be a challenge if you do not understand the current predicament that we are in. Although these global problems may seem complex, they are not hard to understand (as you will soon see). It’s surprising though that many of our world leaders don’t seem to understand a fundamental truth . . .

…or they are ignoring it for a very specific purpose (more on that later).

Here is the basis of the predicament we are facing. “Nothing can grow forever.” Sounds simple, right? Of course, it’s just common sense. But the Fed is trying to circumvent this simple principle, because they are diligently trying to get credit (and debt) consistently growing, so they can get our economy back to what they consider is normal.

Let me ask you a simple question, is it possible for you to grow your debt faster than your income forever? Sure, we may find ourselves taking on more debt than we would like over short periods of time, but can that continue forever? No, of course not. And just as it doesn’t work in personal finance, it doesn’t work in international finance either. Let’s expand this discussion by  reviewing this chart. This is a comparison of the U.S. Debt vs. GDP going back well over 100 years. You’ll notice that from 1980 onwards, we’ve seen a tremendous expansion of debt. In fact, at one point, it got as high as 370% of our GDP! Based on history, I’m sure you can see that this was not normal. As we all know, common sense tells us that none of us, whether we are individuals, corporations, or even countries can continuously grow our debts faster than our income forever. However, that is exactly what the United States has been doing over the course of the last 30 years. And that’s exactly what our politicians and Federal Reserve officials want to continue indefinitely. Why? Because if this credit expansion stops, there will be SERIOUS consequences for them and the entire world financial system.

The fact of the matter is our world financial system is dependent on debt continuously growing exponentially, or it faces total collapse. Now, in case some of you are wondering: “Why can’t this debt just keep growing?” Let me explain . . .

First, let’s consider what is called the “Total Credit Market Debt (TCMD). This is a measure of all the various forms of debt in the U.S.  This includes almost everything you can think of including corporate, state, federal, and personal borrowing. As you can see in this chart, the TCMD has been growing exponentially since 1970.

And since 1980, it has been growing at 8% per year compounded! That means if it continues at the current pace, it will be on track for doubling every 9 years according to “the rule of 72.” So what does this mean if it continues growing at the same rate? That means the current $57 trillion in TCMD grows to $573 trillion in just the next 30 years. But that’s a crazy number, because the GDP of the entire world is currently about $85 trillion. What in the world would governments, corporations, and people need to borrow over $500 trillion for in the next 30 years?

The point is that I am confident that the rate of growth over the course of the last 30 years will not be repeated in the next 30 years. But the problem is, our entire financial system is based on ever-increasing debt to prevent it from imploding. The only way the Fed can achieve anything close to this rate of credit growth, is to allow the dollar to lose a lot of value. And I believe that is what they intend to do, even though it will hurt all of us.

So, where is this leading us, and what actions can we take to protect ourselves?

Find out in part two http://www.forextradersdaily.com/largest-wealth-transfers/

If you would like email notification when a new article is published you can register on the right side of this page.