What the Greek Debt Crisis Means for Markets and Your Money 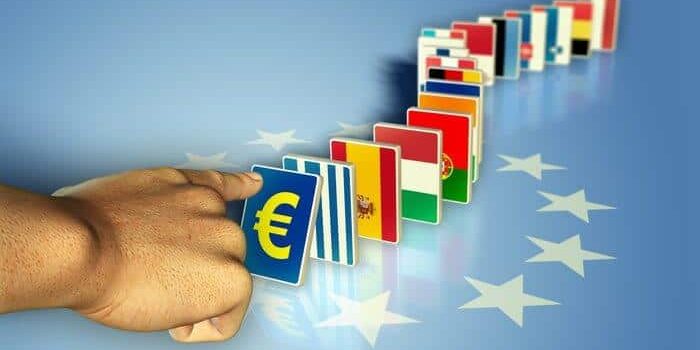 [dropcap]T[/dropcap]he news is filled with articles about the Greek Debt Crisis. However, the real problem the world financial system currently faces is our monetary and banking systems require continuous economic growth, because of how the system itself is designed. When money is loaned into existence, there is an exponential increase of money and debt that eventually displays as a hockey stick curve.

As long as money and debt continue growing, everything continues fine. But the problem is, it’s impossible for this game to continue forever. And when the exponential growth of debt stops, the entire financial system enters the beginning of the end. That’s the big worry on the minds of fiscal and monetary authorities throughout the world. And we’re seeing this in the Greek Debt Crisis. What’s going on there, right now, illustrates how any financial system that depends on endless exponential expansion will eventually break and ultimately implode.

And Greece isn’t alone in this current mess. Right behind Greece are a variety of countries with excessive debt which are teetering on the precipice of financial failure.

Take for example what’s currently going on in Venezuela. According to Forbes:

“Venezuela’s economy is slowly collapsing, crushed by the pressure of a falling oil prices and the accumulated weight of decades of mismanagement. Venezuela’s currency, the bolivar, is overvalued and artificially propped up by an arcane system of currency controls. The bolivar, like Venezuela’s economy, is trapped in a downward spiral. Within Venezuela the effects of the economic chaos are seen at the supermarket, where empty shelves are a constant reminder of the economic dysfunction that has come to define South America’s fifth largest economy. The economic distress is also felt on the balance sheets of dozens of major U.S. companies who hold sizable assets in Venezuela.”

Then, there’s the situation in Puerto Rico. According to the New York Daily News:

“Puerto Rico is broke. With an annual budget of $9.6 billion, the government and its affiliated utilities and agencies have collectively racked up $73 billion in debt — far more than it can expect to repay, and some of it at eye-popping rates of more than 9%. While much of that borrowed money is theoretically backed by future tax receipts, nobody thinks the island’s 3.7 million beleaguered residents, no matter how hard they get squeezed, will come up with the billions needed — which amount to about $20,000 a person. Puerto Rico is already grappling with 14% unemployment, and half the island’s households earn less than $15,000 a year. Earlier this year, the Moody’s, S&P and Fitch ratings agencies downgraded the island’s debt to junk status, an explicit vote of no confidence in the government’s ability to make future payments on its bonds. As Fitch tersely pointed out, “Bondholders now face a probable financial restructuring or default.”

According to RT.com, “China is one of the key concerns as debt there has skyrocketed almost quadrupling, from $7.4 trillion in 2007 to $28.2 trillion in mid-2014. The debt-to-GDP ratio reached 282 percent comparing to 269 percent of the US. Although total Chinese debt is still manageable, experts are concerned with worrisome levels of debt in the property sector and the rapid expansion of shadow banking. China’s total debt, as a percentage of GDP, now exceeds that of the United States.”

Also, let us not forget about Japan, which cannot ever pay off its debts, and it current holds the world’s highest debt to GDP ratio at 500 percent.

Finally from a world-wide perspective, consider what the New York Times reports:

“Since the start of the global financial crisis at the end of 2007, the total debt worldwide has risen by $57 trillion, rising to 286 percent of global economic output from 269 percent. The ratio of total debt to economic output has declined in only a handful of smaller countries, like Romania, Saudi Arabia and Israel. In all of the world’s economic powerhouses, total debt has risen. Some of the places with the steepest increases are European countries that were enmeshed in that continent’s debt crisis – Ireland, Greece and Portugal, with Spain and Italy just behind . . .”

So, what do I think is going to happen next? Simply put, unrealistic hopes and expectations about where the world’s financial system is heading will need to come into alignment with reality. It will ultimately culminate in a period of huge wealth transfer.

Over the next two years, I see a combination of deflation and inflation, depending on how each country manages their financial crisis. Deflation will occur if the debt collapses faster than their central bank can print money. On the other hand, inflation will occur when people lose faith in their country’s currency.

First, take time to understand the magnitude of the financial crisis the world is facing, so you won’t be surprised when the house of cards falls.

Second, be physically prepared with plenty of food, water, and emergency supplies for you and your family.

Third, make sure you know how to trade profitably. I believe the coming period of wealth transfer will be one of the most amazing opportunities for profit we’ve seen in a lifetime.

In fact, I will be shortly announcing a trading method that will be perfect for this type of trading situation.

If you would like to learn more about it or keep up with important updates from us, please enter your name and email in the box below.

To your trading success,