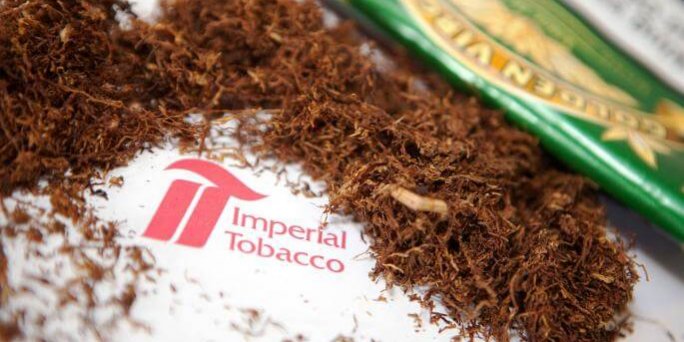 Imperial Brands (LON:IMBBY) is a British multinational tobacco company headquartered in Bristol, United Kingdom. This $23 billion market cap big-name ranks among the leading manufacturers of tobacco products such as cigarettes, cigars, rolling papers, and tubes. The company has been putting more emphasis on boosting its NGP business, with a focus for bigger growth in the second half of the year. Many investors are watching this stock with the confidence that it will keep on posting beautiful dividend growth in the years to come, having maintained an impressive track record over the past couple of years.

Imperial Brands (IMBBY) released its quarterly earnings for the period ended March 31, 2019, posting $4.49 billion in revenue, indicating a 4.16% in year over year growth. The net income also posted an upshot of 38.29% to settle at $410.80 million. In most of the metrics, Imperial Brands realized growth, including diluted EPS and net profit margin. The company is confident in its projections for the year, boosted by its recent forays into the cannabis industry. This, combined with its NGP business, gives Imperial Brands the confidence to face the future despite challenges resulting from hiked taxes on tobacco and tobacco products by many governments.

In its first-half financial results released on May 8, 2019, Imperial Brands recorded a net revenue increase of 2.3%. This is remarkable growth, indicating a promising future for the shareholders. Despite a 1.3% decline in adjusted earnings-per-share, Imperial Brands looks forward to revenue growth on the range of 1% – 4%, a prospect that’s expected to boost its earnings per share.

With an impressive dividend yield of 10%, it’s no doubt that Imperial Brands is the stock to go for right now. Based on a recent analysis outcome, the stock is expected to maintain a dividend payout of $2.45, a figure equal to a 10% dividend yield based on the stock’s current share price. With a projected payout ratio of 67% and a track record of spotless growth over the past decade, there is no reason not to believe that things can only get better for this stock.

Imperial Brands’ move to adopt the next-generation product line, which includes vapor and heated tobacco, such as its Blu brand, is a clear show that they’re focused on nothing less than growth. By the first half of 2018, the new myblu product was already in five major markets – the U.S, U.K, France, Germany, and Russia. The brand is already making inroads in many other markets across the globe and is expected to have a solid market across all the continents in a couple of years. Additionally, Imperial Brands is putting in place an aggressive cost reduction program, which is expected to result in savings of up to $2.6 billion. With this, the company projects increased earnings of up to 3%.

Investment analysts believe that Imperial Brands is a  top pick for both long-term and short-term investment goals.