Manipulation Of Gold And How To Profit From It – Missing Gold? 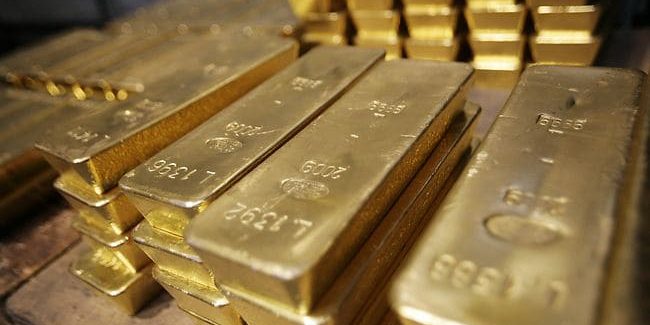 Profiting From The Fed’s Manipulation of Gold

Over the last few weeks, I’ve shown evidence the Fed is secretly up to no good. It is clear they are manipulating stocks, bonds, foreign exchanges, and precious metals.

Today, we’ll talk about their manipulation of gold, what they are trying to accomplish, and what actions you can take to profit from financial crisis that is about to occur.

My research has revealed that over the past twenty years, the Federal Reserve has kept the price of gold below where it ought to be by dumping huge amounts on the open market.

Why would they want to manipulate the price of gold down like this?

First, it helps to validate low inflation figures and keep interest rates down. Second, it directs investments into productive assets and away from precious metals sitting in vaults. But ultimately, they want to enhance the credibility of the dollar as a reserve currency.

However, now there’s a bigger problem: There’s little gold bullion left in the West, even though there is “supposed” to be.

According to Der Spiegel, “The Federal Reserve Bank of New York continues to hold 1,536 metric tons of German gold — or nearly half of Berlin’s reserves. This enormous hoard of gold is stored in the fifth subfloor of the bank’s building on Liberty Street, 25 meters (80 feet) below street level, and 15 meters below sea level. According to the bank’s website, the vault rests on the bedrock of Manhattan Island.”

But guess what happened when Germany asked for their gold back?

And when Germany asked to allow their inspectors to view their gold, they were once again refused, “in the interest of security and of the control process.”

Does that sound reasonable to you?

If the gold really was there, why wouldn’t the Feds show it to Germany?

And check this out: According to Keith Barron, who consults with major companies around the world and is responsible for one of the largest gold discoveries in the last quarter century, “the German gold hoard, which is supposed to be stored at the Fed, may already be gone.”

He also believes countries like Germany, Austria, and others are in serious danger of having claims on their gold stored at the Fed evaporate.

The fact is, there is growing evidence that most of the Western world’s gold, which is supposed to be in central bank vaults, has been leased out.

I suspect that much of it is now in private hands in India, and what remains continues going East to China and other Asian vaults.  So, most of the Western gold has vanished from the vaults, and it’s now just a book entry.

These various Western countries and bullion banks simply roll these leases over when they come due, and the gold never is returned back to the countries.

So, with various countries wanting their gold and the ever-increasing demand from Asia, what is likely to happen?

Quoting Keith Barron, “Maybe we are going to see a bit of a run to the exits when more of this gold has to be repatriated, and the bullion banks are going to have to buy it from somewhere or fail.  I just don’t think there is enough available physical gold out there to cover all of the outstanding loans.  It’s just not out there in the marketplace to be acquired.  For what it’s worth, all of this is very bullish for the gold price going forward.”

Friends, it looks to me that the jig is almost up for the Fed.

For decades, they have been manipulating the price of gold down by continuously selling or leasing what they don’t own.

Personally, my impression is that something is very wrong behind the scenes.

But I’m excited, because of the investment potential.

If I am correct, someday soon the gold that has been improperly sold or leased will have to be rebought, and huge problems may occur if the gold cannot be rebought in sufficient quantities without creating mayhem within the financial system by causing a very large hike in the price of gold.

That’s why you may want to consider buying some physical gold as soon as possible.

There are a lot of different ways to purchase gold. Bullion Vault is a good choice but not the only choice. You can check them here:

Please let me know your thoughts and comments on this situation. I’d love to hear them.