A Perfect Environment For The Carry Trade 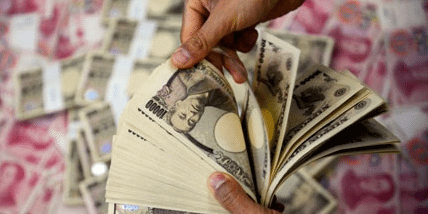 Has the Carry Trade Returned

In my last article, I showed evidence that the Fed is manipulating various markets, and will likely keep its easy-money QE program in place right into 2014.

What this means is they have created a perfect environment for what professional traders call “the carry trade.”

In this article, I will explain how the carry trade works, and how to take advantage of it for your own profit.

So, let’s begin with some basic financial principles we all understand.

For example, we know that when we borrow money from a bank, we’ll have to pay interest. We also know that if we deposit money, we’ll receive interest.

As you know, in Forex, we trade pairs, with one currency being purchased and the other being sold. A good way to view this trade is to consider that the purchased currency is “owned,” while the sold currency is “borrowed.”

This sets the stage for understanding how to profit from executing a “carry trade.”

The most popular, low-yield currencies that are used to fund this type of trade include the U.S. Dollar, the Japanese Yen, and the Taiwan dollar.

Some popular high-yield currencies that are invested in include the Indian rupee, the Indonesian rupiah, the Turkish Iira, and the South African rand.

Now, let’s illustrate the power of the carry trade with two examples.

Let’s say you decide to purchase a full-size AUD/JPY contract at the beginning of January, with the Australian interest rates at 5.5%, and the interest rate for the Yen at 0.5%.

Now, at the end of the year, let’s say the value of AUD/JPY is completely unchanged, so you close the trade. You might think there was no profit, that is until you consider the “carry interest.”

Here’s another trade that is quite popular. If you borrow 1,000 Japanese yen for 0%, convert the funds into U.S. dollars, and then buy a bond that pays 4.5%, you’ll be able to pocket the difference of 4.5%, that is, as long as the exchange rate doesn’t change.

Many professional traders make HUGE gains by doing this using leverage. If a common 100:1 leverage factor is considered, this boosts the profit of 450%!

Unfortunately, in the real world, there are a few factors that reduce the overall return, but nevertheless, the carry trade is regularly used by professional traders to make great profits.

I also want to emphasize that this perfect environment for using the carry trade will not always be available. Many experts believe that things may change sometime after the next two quarters.

That’s because the effectiveness of the carry trade will quickly diminish once the Fed starts to taper its current, easy-money policy.

One more real-world complication is that the value of the currency pair is always changing. A relatively small change in the exchange rate can reduce or eliminate all the interest you’ve earned in the trade.

Nevertheless, the carry trade is very effective and worth adding to your trading arsenal. So, I encourage you to read more about it, and give it a try.

If the carry trade is not the type of trading you are interested in but you are looking for a hands off approach I suggest registering for one of our upcoming webinars on Automated trading. I will be explaining a strategy that has outperformed the S&P by 8 times and its 100% automated.

Register for the webinar here

If you enjoyed this article I would appreciate it if you would share it on Facebook and twitter and as usual I look forward to your feedback in the comments section.

Don’t forget to register your email in the right margin of this site to get instant updates when I post new articles.