How PetroDollars Started the Gold Crisis That May Soon Destroy The U.S. Dollar 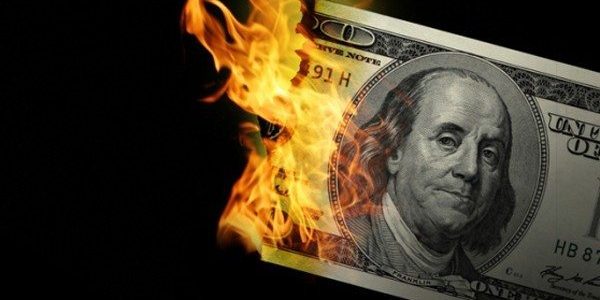 The Federal Reserve and western central banks have wanted to eliminate the constraints of the gold standard for many decades.

By manipulating the price of gold down, they have generally succeeded in lowering the opinion of holding gold in most of the highly-developed countries.

But this has not been going so well in other lesser-developed areas like Asia.

The problem is that demand for U.S. gold is rising because of the growing wealth of these countries. This is not a new problem. In fact, it’s been developing since the late 1960s.

Most people don’t realize just how little gold there is left in the west and the impact this plays on the world’s financial stability.

Back in the late 1960s, the demand for gold began to rapidly expand. The Middle-Eastern countries were exporting massive amounts of oil and getting paid in U.S. “petro” dollars.

Because the Arabs didn’t understand the value of investing in stocks and bonds, they invested their surplus of petrodollars into real estate and gold. Following the advice of Swiss private bankers, the Arabs allocated up to 40% of their new-found wealth in gold, creating ever-increasing demand on U.S. gold reserves.

It has been estimated that Arab petrodollar income, including interest, was in the range of $4.5 trillion from 1965 to 2000. With this massive income, the demand for gold soared.

And with increased demand, comes increased price, right? That is, in the absence of any market manipulation.

According to several top analysts, there has been significant undeclared sales of government-owned gold from the 1970s onward, pushing the price down in the face of persistent demand.

Fortunately for the Fed, by the late 1990s, Swiss investment managers were advising the Arabs and other European clients to reduce or even eliminate their gold holdings.

The Fed was also relieved by the new generation of western-educated Arabs who had been persuaded that portfolio diversification (in infrastructure and other equity investment) was more desirable than bullion holdings.

But not all was well for the Fed, because the 1990s marked the beginning of accelerating gold demand from various emerging countries such as India, Turkey, and Southeast Asia.

So, despite the falling gold prices between 1997 and 2000, there was continued transfer of gold from the West into other countries.

Without a doubt, Western central banks had far less gold than was publicly stated.

Going into the decade of the 2000s, a second gold bull market began against a backdrop of very little liquidity. Central banks had far less gold then they wanted to admit, while the demand from Asia and India began to skyrocket.

To summarize: I believe there is very little bullion left in the west. I am also convinced there is an unmanageable short position in unallocated gold held at the banks, and the majority of accessible monetary gold is already leased and/or has been sold into the market to satisfy the demand from China and India.

That’s why I believe the Germans were not shown their gold when they asked to inspect it. It simply isn’t there.

For decades, the Fed has tried to suppress gold prices to enhance the credibility of the U.S. dollar as the world’s reserve currency. But that is no longer the problem. Now, the Fed is faced with a major crisis.

Nearly all bullion is now owned by the Asian countries, and demand continues to eclipse supply. The western central banks have done everything they can to manipulate prices down, but they are running out of options.

I believe that very soon, this crisis will explode and threaten the entire financial system.

Ultimately, this will expose the utter worthlessness of the U.S. dollar, and then the price of gold will skyrocket.

This will create a multitude of investment opportunities in both Metals and Forex markets.

I put together a great trading tool and strategy several years ago that works great for both metals and FX and you can download a free copy to try here.

Please let me know your thoughts and comments on this situation. I’d love to hear them