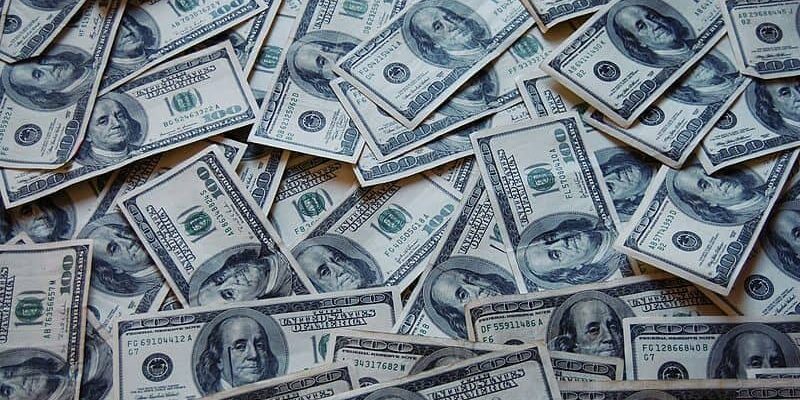 In my last blog post I shared with you a fantastic strategy we’re running called Profitstream. It’s based on the idea of doing the exact opposite of what the bulk of retail traders are doing, since they usually get it wrong. Very wrong! This blog post is all about analyzing the long term Profitstream results. The last post was all about how it works in theory. You can check out the last blog post here if you like.

It’s the ultimate contrarian strategy, and I am thrilled with how well it’s performing, but I want to be fully transparent and point out that this strategy definitely has its ups and downs, in the short term.

Which makes perfect sense. Why? I’ll explain in a moment, but first take a look at this chart, which shows Profitstream’s performance over a five year period… As traders, usually we see a chart like this and we get excited. We love the end result – that it made a lot of money. But the problem is that we sometimes look past the details. If you look closer, you can see that there were some extended periods of sideways movement, and even losses.

The reality is that long-term sustainable profits do not come in a perfectly straight diagonally moving line.

So when we see a chart like this we get excited. But when we actually experience some of these downward movements, it freaks us out (being the emotional creatures that we are).

So as you look through this I hope you do get excited, but I also want you to keep a realistic eye. You can experience gains like this if you’re also willing to go through the periods of minor drawdowns and losses.

Humans are funny; as traders we hang on to losing trades too long, and cash out on winning trades too soon. That’s why trading with EA’s can be so beneficial, but you have to let them do their job, as designed.

A Story of Ups and Downs

The typical cycle of a retail trader is a story of ups and downs. We can do OK in the short term, and make a little money, but then what happens? We tend to give it all back, and then some.

Then we gain a little bit, and then a trade or two goes horribly wrong, and we take HUGE hits.

And cumulatively, over time, those big hits not only erode our gains, but they start to whittle down our principle investment, too.

Remember the study I shared with you in my last blog post? According to a study conducted by AMF, a French regulator, a whopping 89.3% of all FOREX traders lose 100% of their money over a 4 year period!

Virtually no one is immune to this when trading based on our wits.

But that’s EXACTLY why I love the Profitstream strategy so much, and you should too!..

Here’s The “Secret Sauce” Of Profitstream

Because it does the complete opposite of what the retails traders do collectively as a group, it experiences the opposite effect, which is to gain enough in some months to more than make up for the losses! So in the long run, your trading account will be building instead of getting whittled down.

It’s the inverse profit curve, with lots of ups and downs, but the ups beat the downs significantly, making a profit instead of losing it all, which is the sad saga repeated by millions of retail traders every month.

So like retail traders, the Profitstream strategy has ups and downs, to be sure. But the large drawdowns most retail traders eventually experience instead manifest themselves as large profitable months when using Profitstream. In 2011, Profitstream running on this account created five winning months and seven losing months. But look at that spike in March. It really made the entire year, and no months were terrible – losses were very well managed.

It smoothed out just a little the next year. Two big spikes and a couple of months of decent gains, with very well controlled drawdowns. Overall profits for the year were respectable. This was a bad year for the retail trader. And you know what that means. It was a great year for Profitstream. It had only three losing months out of twelve. Not too bad. The biggest loss on the account was around 6.5%, with several months of fantastic gains. This is a great ratio, but we aren’t gonna get cocky, because we know trader sentiment is unpredictable (other than knowing they will eventually fail). Look at 2014: Eight months of losses, small losses but losses none the less. This is when most traders would abandon their strategy, or change their game plan, which is EXACTLY why Profitstream works so well!

It stays consistent knowing the retail market will lose. It’s just a matter of time. Take note of how well the losses were managed.

When they did occur, losses were small. 2014 was actually a fairly easy year for retail trading. A lot of ranging markets with predictable support and resistance, until we got into the last quarter and the markets starting really running. Traders tend to be technical in their approach, but most technical levels for support and resistance pretty much went out the window with the major monetary policy changes we experienced.

So unlike most traders who did OK in the early part of the year, but then took MASSIVE LOSSES toward the end of the year, Profitstream just eased along until it made a huge gain in September which “made” the entire year!

Spikes, Baby – it’s all about the spikes. And guess what? It was only running with about 10:1 leverage.

Again to be fully transparent here, I will admit that it does take a fair dose of patience to see the eventual profits. Almost all of the profits came in just one month. This type of situation can be nerve wracking, but this strategy has a five year track record, was developed by a team of programmers working for one of the world’s largest FX firms, has proven itself to be worthy, and is far superior to the alternatives.

Remember, because Profitstream is looking at what the vast majority of retail traders are doing, and doing the opposite, it puts the odds firmly in our favor, because the house almost always wins. Sometimes the house takes a few hits, as we’ll discuss below, but that is very rare, and when it does happen, Profitstream has filters to manage this risk.

The key with this strategy is patience. It’s a long-term strategy. Not a “get rich quick” scheme. In the long run, it’s one of the best money makers I’ve ever seen. Brokers know that it’s only a matter of time before you blow up your account, and this strategy was created by a broker to capitalize on your ultimate demise.

They literally bank on your inevitable failure and profit to the tune of millions. Profitstream puts the very same strategy into your hands.

So the key is to leverage the very strategy they developed. Deal with the ups and downs successfully, with patience, and you can be confident that you will get that big payday!

But What About Drawdowns?

The true test of any strategy is how well it operates in the down times, and Profitstream comes through with flying colors! Notice how small the drawdowns have been historically, particularly in recent years.

As you can see in the chart below, drawdowns have been kept to a maximum of 25%. Never larger. Although this is very acceptable, the developer in late 2012 made a few minor modifications to the risk profile.

This cut the drawdowns in half, while maintaining the overall profitability. Since then, drawdowns have been below 12%, for over 2 years. I don’t expect that to change; we have seen sideways markets as well as very strong trending markets and it has performed beautifully in both.

That’s right – this strategy has done amazingly well during the times when the rest of the market is getting a “beatdown”.

Speaking of which, I can’t tell you how many of my fellow traders took a bath when the Swiss Central Bank changed policy overnight and “unpegged” the CHF from the EURO. When they instantly removed the floor on the value of the CHF, traders lost millions!!

In fact, the losses were so bad that FXCM traders had debit balances of over 200 million dollars, and FXCM had to get an emergency loan just to stay in business! Millions of unsuspecting traders were completely wiped out!

FXCM stayed in business, but how did Profitstream fare? As you can see, we experienced the opposite, and we’ve made 16% so far in January! Like we predicted, when retail traders get beaten, Profitstream does stellar! So we actually love market volatility now. So can we make it even better? Can we optimize it further?

I believe we can. Although this strategy is amazing as is, when I look at the summary of the last five years (below), I see how it could be optimized further by removing some pairs that have performed poorly.

For example, the EUR/CAD and the USD/CAD show a net loss over the five year period, as do a few of the less common pairs. Here’s a representative snapshot of performance by currency pair. Look closely at the items in red in the TOTAL column. Based on this data, I would probably just discontinue running those particular pairs to make it even stronger.

But even with those weaker pair results included, Profitstream makes a lot of money. In fact, the guy who oversaw its development has total trust in this strategy. He told me that he doesn’t even monitor the specific results of individual currency pairs. He just lets it run because it makes him so much money.

After all this was running on a 40 million dollar account before the NFA shut it down (because the strategy was a conflict of interest, giving the broker and unfair advantage over their customers).

Now Profitstream gives you control over which pairs you want to trade, and the degree of risk you want to take on. I intend on improving Profitstream further with some small adjustments on my personal accounts, such as removing some pairs, and maybe bumping up the risk in some areas, and down on others.

As you know, we are considering offering this to the general public, but I want to cover all my bases first and make it as “bulletproof” as possible.

After looking at the results, is there something that sticks out to you as “suspect”?

Is this approach even appealing to you and do you like the results?

I am looking for any constructive criticism and really want to hear from you.

Most importantly, do you think you have the foresight and discipline to experience a few small losses on a monthly basis to make money over the long-term?

If you found this information valuable, please share this with your trading friends using the social share buttons. And if you would like to continue to get information as we further develop this as a product, then register below.