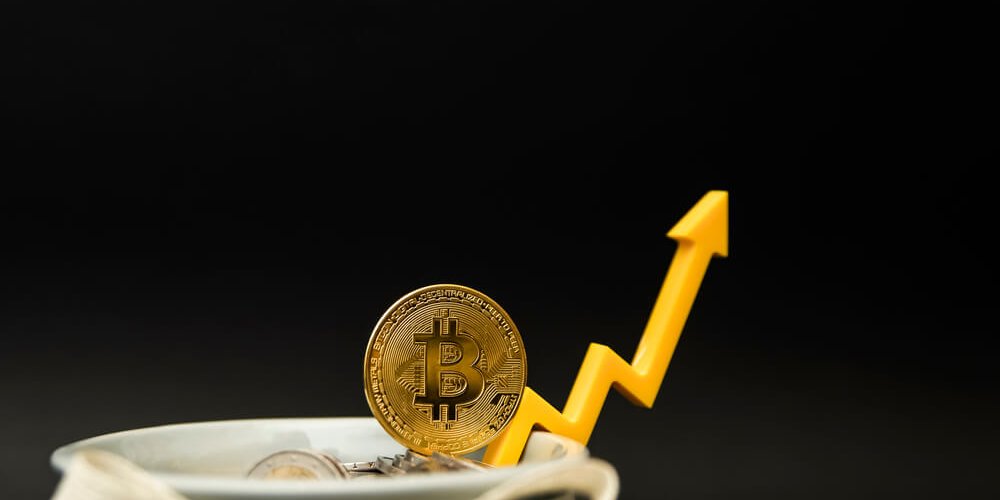 That something as tiny as a tweet could trigger a massive selloff of the highest performing stock out there.

And it could very well happen again.

Remember back in 2015 when Bitcoin wasn’t a “serious” stock and weighed in at a hefty $200 per share?

These days it’s hovering around a whopping $56k per share and everyone, including the big banks, are now on the bandwagon.

As any savvy investor knows, the same volatility responsible for its meteoric rise could bring it crashing back down at any time.

Now I don’t say “sketchy” to disparage anyone, but the tweet went a little something like this:

The internet quickly did its thing and the tweet went viral.

Although there’s no smoking gun tying the drop off to the tweet, there was nothing else going on to trigger such a negative reaction.

Speaking of smoking guns, none of these financial institutions were named.

Not only that, there’s been no word of confirmation from the U.S. Treasury Department, nor any other verifiable, identifiable source.

Usually when these kinds of scandals happen, there’s a questionable memo or a wrongfully ousted employee blowing the whistle.

In this case, there’s not even so much as a TMZ picture of the CEO leaving a hotel with a giraffe that’s not his wife.

Jokes aside, there’s no evidence beyond the tweet, yet the flash crash of the stock was just as real as you or me.

Real people lost real money, based on what appears to be a rumor.

Bitcoin is clearly a dominant force in the market, and it’s not going away any time soon.

And if you’re in the right place at the right time, you can make a killing on a well-played pullback.

But is that potential gain worth these astronomical levels of price volatility?

That’s a question you have to ask yourself.

If that kind of risk is outside your comfort zone, you should check out my Precision Volume Alerts service.

I help my members routinely bag triple-digit profits by leveraging the market’s most powerful yet under-utilized indicator: volume.

Using this winning methodology, I pinpoint optimal buy/sell points to help my members maximize their potential profits in every trade.