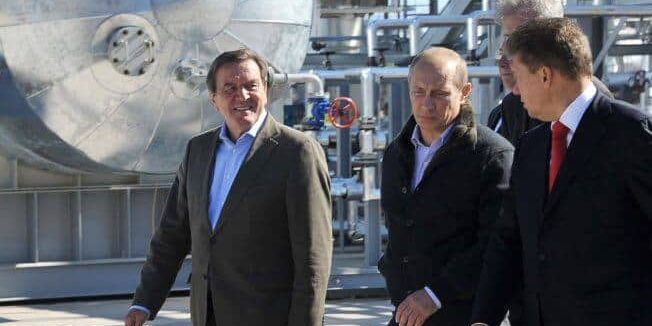 A few days ago, on November 10th, Russia and China signed a deal to supply natural gas from Siberia to China. What makes this so interesting to traders is that the move will virtually ruin the European economy in just a few short years. Why? Because natural gas is the one the one non-negotiable substance required for economic stability and growth. And, Russia isn’t selling excess supply to China. All of the gas it will send to China will be pulled from supplies that currently are going to Europe.

This makes for an interesting long-term trade that I’ll get to in a minute. But first, let me explain a little about the geo-political events that led up to this situation.

Back in February of 2014, the West backed a violent overthrow of the democratically-elected government of Ukraine and chose to back the right-wing regime that followed the downfall of the Ukrainian president. After Russia stepped into Crimea, the western powers instituted an economic, diplomatic, and propaganda war against Russia, Putin, and his closest friends.

So, what has Russia now done in response? They’ve decide to sell the natural gas they would have normally sold to Europe . . . to China! While the effect of this on the European economy may take about 4-5 years to play out, Russia’s strategic response to the west’s attempt to hurt Russia’s economy, just backfired and bit Europe hard!

So, what will Europe do? There’s nothing to do other than to pay higher prices to get natural gas from somewhere else. And ultimately, that will wreck the European economy, and in turn, weaken the Euro.

Perhaps a quick review is in order. A carry trade is where a trader borrows money in a low-interest currency (like the Yen or Euro) and buys assets in a high-yielding currency (like the Australian Dollar or the NZ Dollar). Interest rates for the Euro are currently 0.05%, while the interest rates in New Zealand are 8.25%. Thus, if a trader invests $10,000, he would earn 8.2% on this carry trade each year, which is $820. And, with the use of leverage, this return could be increased 100x!

That’s why for the last decade, the carry trade has been a staple for savvy investors. But, for a number of reasons related to risk, a carry trade works best as a long-term investment. So, if you are considering taking this carry trade based on the Euro and NZ, you must be willing and able to ride out various currency fluctuations along the way. But for those who can, this is a great long-term play.

So, in summary, here’s the play: Short the EURNZD pair on rally’s.

Because of the declining Euro, not only could you make money on the trade, but you’ll also make money on the carry trade interest as explained above. And, although the EURNZD has recently dropped, you will have plenty of opportunities to get into the market. Just look to sell into rallies, but make sure you’re in this for the long run. View this as a long-term trade and you are likely to do very well.