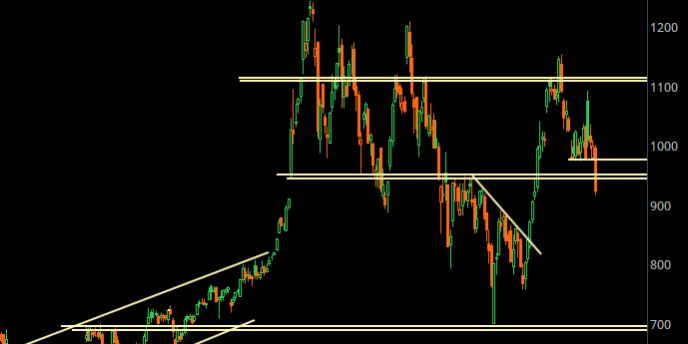 He did it. The madman actually did it.

Elon Musk bought Twitter and will be taking it private.

Things started to change overnight. Accounts that were “shadowbanned” are seeing their daily follower counts rise by 10x.

Some have reported that right-leaning accounts saw huge follower increases, while left-leaning ones are losing a good chunk of followers.

This has spawned theories that Twitter had some funny business going on behind the scenes, and they’re “cleaning it up” before Elon comes in and exposes it.

People are saying things that would normally get them banned, too.

But normal political speech that, up until now, has been verboten on every Tier 1 social media site.

Look: I’ve been on Twitter since 2008, so I have a good feel for the product. I can tell you the most valuable part of the product is the ability to easily call out bullshit spouted by those in power.

Where else can you directly criticize world leaders — even speak right to them — and they can’t actively control the messaging?

Hey, the most they can do is block you.

So it’s great Musk’s taking over.

The usual suspects are losing their minds over this, and I’ve got the best example.

This is a quote I pulled from a Twitter user:

“Musk buying Twitter puts a single person in command of the world’s most valuable automaker, the private firm conducting U.S. space launches, and the communications medium used by the world’s most powerful people.”

That’s a reasonable take, except for one interesting fact:

Which is owned by Jeff Bezos.

(Who, you know, runs Amazon and a space company of his own.)

The stunning lack of awareness from these schmucks will never cease to amaze me.

Now that Twitter is no longer a publicly-traded company, we should just stop talking about it, right?

After all, we can’t profit from any of the changes happening…

Allow me to pull out my crystal ball and show you some potential second-order effects that could happen as this deal goes through.

Elon didn’t pay for this deal with all cash. He used some debt financing… and this is where it gets tricky.

He used a “margin loan” — debt secured by stock ownership.

The wealthy do this all the time. Instead of selling stock and facing a hefty tax bill, they finance using assets they own to generate cash flow.

This is a fine thing to do… unless the value of your securities drops. Then, you’re screwed.

Elon put up a $12.5 billion margin loan based on the TSLA stock he owns. He had to pledge $62.5 billion of TSLA stock.

Now here’s the thing… if TSLA crashes, he’s screwed. If we see a push to a price under $600, he could face a margin call.

I’m sure he knows this, and I bet he has a cushion.

It’s possible he’s hedged against some of that risk — maybe not by purchasing equity puts, but something a little more advanced, such as variance swaps or credit default swaps.

But keep this in mind: TSLA was at $700 just a month or so ago. I wouldn’t be surprised if the markets try to find the pain point associated with this loan.

Crypto Will Get Involved

If we’re going with the “free speech” angle on Twitter, you’ll probably see Web3 get involved.

I’ll talk about the real play shortly, but for now, let’s think about how this could play out.

Here’s the thing — there are plenty of anonymous Twitter accounts with a ton of good information. Many of my most valuable follows in the Health, Trading, and Foreign Policy spaces all use pseudonyms.

Some people can’t reveal their names due to security issues. Others choose not to because the content they give out would compromise them professionally.

They provide value and could easily get paid… but don’t want to link their bank accounts. Some of them don’t have easy access to the US banking system, too.

Crypto fixes this. It’s been in development for a while before the takeover, but I think it could get even weirder.

So let’s talk about Dogecoin.

I can’t believe I’m talking about a joke Internet currency, but here we are.

This cryptocurrency wasn’t very mainstream until Musk started tweeting about it, and then it went from $0.05 all the way up to $0.70.

The currency hasn’t done much since then, but it could start to run again if it becomes integrated with Twitter.

This is where things get fun.

We don’t know how much Doge Musk owns, but there is speculation that he has one crypto wallet with 2.5 million Doge in it.

The value of that at the market is worth under half a million, and I wouldn’t be surprised if he has multiple wallets.

There are about 700 crypto wallets that hold more than 10MM in Dogecoin, so he could have a few accounts in there as well.

It’ll probably run, and if it sticks, we can see a push to over $1. That would be almost a 500% increase in the value.

That means those Doge wallets would go from a value of $2 million to $10 million and potentially accelerate even further.

Our Trading Roadmap shows us that $0.17 is a sticking point for Doge on a longer-term basis. If we can clear above that, then maybe we start to see a move in this name.

This is my boldest claim, and I think it’s where Musk is headed.

“Web3” is the name given to the next phase of the Internet. You’ve got crypto, blockchains, decentralization, and more fun stuff like that.

We could easily see a transition in the company, where Elon open sources the Twitter protocol and sorting algorithm, then monetize through advertisements and a cut of any eCommerce that goes on the site.

And this is where things could get really weird…

I think Twitter could easily become a decentralized autonomous organization, or DAO.

Let me explain what a DAO is:

Think about every publicly traded company and how they’re incorporated in the state of Delaware.

They all use the same contracts and the same business structure.

A DAO is the next evolution of an Initial Public Offering (IPO). It’s a smart contract that allows for better incentive alignment than what’s offered with listing on a US exchange.

If this didn’t exist, I’d think that Twitter would go public again in about 3-5 years.

But don’t be shocked if we get something brand new, and a new “Twitter” token gets listed on crypto exchanges.

That’s where I think this is headed. Elon can develop a Web3 layer on top of Twitter, create tokens and use those to monetize the company’s value further.

The Internet is about to get very fun.

Elon has to pay a premium compared to Twitter’s share price to make his takeover appealing to shareholders.

That’s how it works with most mergers and acquisition… and it tends wto skyrocket the stock price.

So if you could “see” acquisitions like this ahead of time (assuming the company isn’t going private)… imagine the profit potential.

Nothing in the market is guaranteed, but one strategy I use is as close as possible to finding mergers and acquisitions before they happen.

Thus, you can potentially get in on the ground floor of HUGE moves.

Head here to learn how it works.