They Are Coming For Your Cash – Part 2 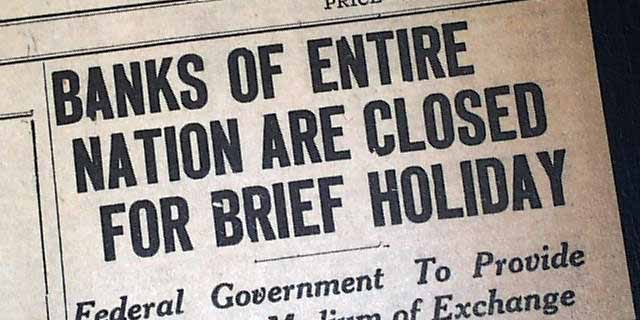 In my last article, I revealed that various banks and government agencies are working behind the scenes to abolish the use of cash. In today’s article, I will further solidify my claim by showing you proof this is being discussed throughout the world at the highest levels of government and banking.

Then, at the end of this article, I will share several action steps you can consider to protect yourself and your family.

So, let’s begin with a variety of quotes from Harvard Economic Professors,  Top Banking Economists, Finance Ministers, and other Major News Agencies.

“Despite advances in transactions technologies, paper currency still constitutes a notable percentage of the money supply in most countries. For example, it constitutes roughly 10% of the US Federal Reserve’s main monetary aggregate, M2. Yet, it has important drawbacks. First, it can help facilitate activity in the underground (tax-evading) and illegal economy. Second, its existence creates the artifact of the zero bound on the nominal interest rate. “ – Kenneth Rogoff, Professor of Economics at Harvard University

“The Underground Economy And The Criminal Community Are
Among The Heaviest Users Of Currency.”

“Even though hard evidence is hard to come by, it is very likely that the underground economy and the criminal community are among the heaviest users of currency (where the value of anonymity that currency provides is likely to be the highest). Evidence consistent with this hypothesis includes the fact that high-denomination notes account for a rather large share of total currency outstanding (e.g. €500 notes account for almost 30% of total currency outstanding in the Eurozone by value15). In our view, the net benefit to society from giving up the anonymity of currency holdings is likely to be positive (including for tax compliance).” – Citigroup’s Chief Economist Willem Buiter

“France will step up monitoring of cash payments, withdrawals and small bank accounts to better fight against the financing of terrorism, Finance Minister Michel Sapin said on Wednesday. Just over two months after Islamist gunmen killed 17 people in attacks against a satirical weekly and a Jewish foodstore in Paris, it is necessary to “fight against the use of cash and anonymity in the French economy” – French Finance Minister Michel Sapin  (as reported by Reuters)

“Without Cash, We Would Live In A Much
Safer, Less Violent World”

“Without cash, we would live in a much safer, less violent world with enhanced social cohesion, since the major incentive fuelling all illegal activity [i.e. cash]… would disappear.” – Guillermo de la Dehesa, Spanish economist

“Physical Money Is Just Going To Cease To Exist”

“There will be a time – I don’t know when, I can’t give you a date – when physical money is just going to cease to exist.” – Robert Reich, Economist and former US Secretary of Labor

“Everyone thinks cash is so simple and so easy and so fast and so secure. It’s NONE of those things. It’s really expensive to move it, store it, secure it, inspect it, shred it, redesign it, re-supply it, and round and round we go!” – David Wolman, author of the Death of Money

“The Dream Of Collectivists And Technocratic Elites
To Eliminate The . . .  Cash Economy”

“. . . it has long been the dream of collectivists and technocratic elites to eliminate the semi-unregulated cash economy and black markets in order to maximize and to fully control markets. If the cashless society is ushered in, they have near complete control over the lives of individual people.” – Patrick Henningsen, Center for Research on Globalization

Prevented From With Drawing Cash
Without Explaining Why!

“Some HSBC customers have been prevented from withdrawing large amounts of cash because they could not provide evidence of why they wanted it, the BBC has learnt. HSBC admitted it has not informed customers of the change in policy, which was implemented in November.” – BBC News

I hope that you can see that in general, the world is sleep-walking towards a cashless society. Various banks and government agencies are working behind the scenes to abolish the use of cash.  When they achieve this goal, they will have unprecedented financial power, along with the ability to abuse that power at will.

Think this just the vision of a paranoid doomsday visionary? Hardly.

Note what Scott A. Shay, Chairman of Signature Bank, had to say about this in his article, “Cashless Society: A Huge Threat To Our Freedom.”

“The U.S. government is becoming very fond of seizing money from citizens first and asking questions later via ‘civil forfeiture. Amazingly, the government is permitted by law to do this even if it is only government staff members who have a suspicion, not proof, of wrongdoing… To make matters worse, the dramatic consolidation of the banking system has made it easier for the government to acquire information as there are fewer access points. For example, JPMorgan, one of America’s largest and most powerful banks, is the size of more than 3,000 smaller banks combined, and the top four U.S. banks control about 60 percent of the U.S. banking deposits.” – Scott A. Shay, Chairman of Signature Bank

Although you may not be able to prevent what’s going on at the highest levels of the governments and banks, you should take immediate action to protect yourself from the financial turmoil that can (and likely) will happen in the not-so-distant future.

Now, I don’t want to go into “survivalist mode” with you, but these three things cover a basic common sense approach to protecting your family in any crisis:

In closing, I want to say I hope that reading this article has helped you and your family.  Whatever you do, please take action on at least these three common sense steps before it’s too late. There are momentous changes coming, and it’s my hope that each of us can prepare to the best of our abilities.