They Are Coming For Your Cash! 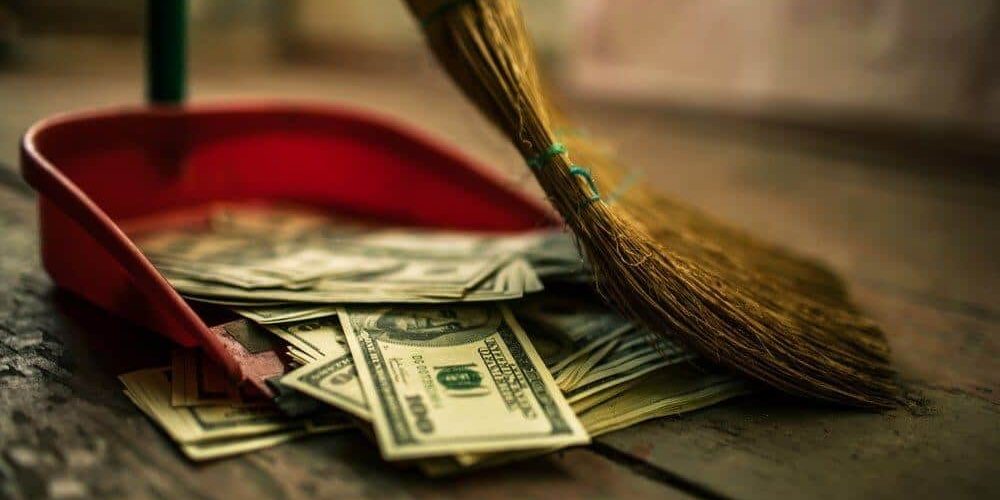 Many responsible people believe in paying with cash instead of credit. They also may store their cash at home, in a bank, or in a safety deposit box. But unbeknownst to them (and perhaps many of you), various banks and governmental agencies have been working behind the scenes to abolish your use and storage of cash. And they are working to restrict the ways you can spend and deposit your cash by reporting your cash transactions to both the police and government.

Why are they doing this? Because our governments want to be able to easily confiscate our savings, which is virtually effortless with digital accounts, but much more difficult with cash. And that’s why cash has become such a target. Do you find this hard to believe? Well consider . . .

Why is all of this happening? It is because financial institutions are positioning themselves to handle the fallout of the next economic crash at your expense!

But it may even go deeper than that. For example, consider how the government has already been tracking our money worldwide, and how they have been confiscating savings without due process of law.

For example, in Spirit Lake, Iowa, a woman named Carole Hinders owned a restaurant called Mrs. Lady’s Mexican Food. In August 2013, through a secret warrant and with no warning, the federal government seized Carole’s entire bank account, about $33,000! Was she charged with a crime? No. Her money was seized, because she had made several cash deposits of slightly less than $10,000. Since her restaurant was cash-only, to avoid the danger of keeping large amounts of cash at the restaurant, she made frequent deposits to her bank account However, the IRS viewed this as an attempt to avoid a federal reporting requirement on deposits exceeding $10,000.
“I did not do anything wrong, but they took my money,” said Hinders. “I was unable to pay my bills for the first time in my life. I had to borrow money, use my credit cards and beg vendors to extend me credit. This night¬mare has left me broke, frightened and exhausted.”

And this isn’t an isolated incident. In my research, I’ve read of dozens of similar cases of the government stealing American citizen’s cash and cars for no legal reason.

As the U.S. spirals down towards insolvency, they will do almost anything to gain access to your money – no matter where it is located across the world. It’s a slippery slope that seems to have no end. Here’s how it works:

Ultimately, it is much easier for them to track and control digital accounts rather than cash. Governmental authorities are both restricting the amount of cash that can be withdrawn from banks, and limiting what can be purchased with cash. There are even a number of economists are calling for the outright abolition of cash! So, why are governments suddenly declaring war on physical cash?

There are actually several reasons. One is that physical cash has the potential to evade both taxes as well as officially sanctioned theft and negative interest rates. In short, physical cash is extremely difficult for governments to steal through a “bail-in” event.

For example, notice what Reuters recently reported about the situation in Greece just a few weeks ago:

“Greek banks are preparing contingency plans for a possible “haircut” on deposits amid fears of financial collapse, the Financial Times reported on Friday, ahead of a referendum that may decide the country’s future in the euro zone. Greek leaders have repeatedly dismissed the possibility they will have to “bail-in” depositors to prevent the collapse of the banking system. But citing bankers and businesspeople with knowledge of the measures, the Financial Times reported: “The plans, which call for a ‘haircut’ of at least 30 percent on deposits above 8,000 euros, sketch out an increasingly likely scenario for at least one bank”. The report quoted a source as saying: “It (the haircut) would take place in the context of an overall restructuring of the bank sector once Greece is back in a bailout programme.”

Evidently, banks and government authorities around the world are anticipating more bail-ins, steeply negative interest rates and hefty fees on cash, and they want to close any opening regular depositors might have to escape these forms of officially sanctioned theft. The escape from these bail-ins and fees on cash deposits is physical cash, and hence the sudden flurry of calls to eliminate cash.

Another key point to note is that by eliminating cash and forcing everyone to spend only by electronic means would give the government far better tools to deal with recessions and economic booms.

In fact, note what fund manager, Jim Leaviss discussed in a recent column for the London Telegraph:

“. . . once all money exists only in bank accounts – monitored, or even directly controlled by the government – the authorities will be able to encourage us to spend more when the economy slows, or spend less when it is overheating . . . Having everyone’s account at a single, central institution allows the authorities to either encourage or discourage people to spend. To boost spending, the bank imposes a negative interest rate on the money in everyone’s account – in effect, a tax on saving. Faced with seeing their money slowly confiscated, people are more likely to spend it on goods and services. When this change in behaviour takes place across the country, the economy gets a significant fillip. The recipient of cash responds in the same way, and also spends. Money circulates more quickly – or, as economists say, the “velocity of money” increases.”

But what about the opposite situation – when the economy is overheating? Mr Leaviss continues:

“The central bank or government will certainly drop any negative interest on credit balances, but it could go further and impose a tax on transactions. So whenever you use the money in your account to buy something, you pay a small penalty. That makes people less inclined to spend and more inclined to save, so reducing economic activity. Such an approach would be a far more effective way to damp an overheated economy than today’s blunt tool of a rise in the central bank’s official interest rate.”

Think this “cash-less society” idea is just some futuristic concept? Hardly, it’s almost happening in Denmark right now. Note what Fortune magazine just reported last month, in the article, “This Country Wants To Ban The Use Of Cash In Stores.”

“Earlier this month, the Danish Parliament proposed a law that would allow stores to refuse to accept cash payments in exchange for goods or services. Now, the Danish Chamber of Commerce is backing the move . . .”

There is in fact, so much more to share with you about what’s happening behind the scenes in regards to this “War on Cash.”

And more importantly, there are several key strategies I would like to share with you for preserving your wealth, avoiding these bail-ins, fees, and other threats to your savings.

So, I will continue with all of that in Part 2 of this article, coming soon.

Until then, did you know this was happening?