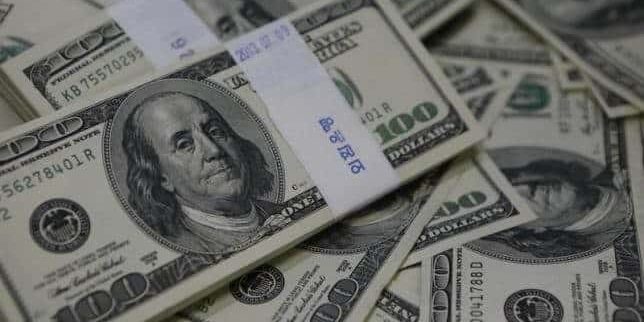 Lately, many industry experts have been commenting about a potential Fed rate hike later this year. And with this as a backdrop, a rally in the dollar looks as if it’s ready to resume.

For example, notice what Vassili Serebriakov, a New York-based foreign-exchange strategist at BNP Paribas SA said: “I think the markets are rushing to get long dollars again, and I think the FX market is running ahead of rates again. It’s a little bit of a concern, in that I think we need support from higher rates to keep the dollar moving higher. But just about now, I think it’s about getting off the sidelines to get back into the long dollar trade.”

In light of this, one of the currency pairs I’m watching is the USD/JPY pair which hit 124.02 during the Asian trading session.

Evidently, Mr. Serebriakov is watching this too. Referring to the economics and easy money policy of Japanese Prime Minister Shinzo Abe, he recently said: “To us, it seems like that’s the cleanest trade on U.S. rates. The reason it kind of moved as much as it did over the last several days . . . is our positioning indicator was telling us people were the least short of yen since the start of Abenomics.”

Longer term, what direction do I expect for the dollar? Well, I’m betting on the long side. Nevertheless, the dollar’s course will likely be determined in the next few days, even perhaps with the May employment report which is out on June 5th.

Without a doubt, this week will definitely be a defining week, because not only is there an ECB meeting, but the jobs data is out on Friday, OPEC is meeting on Friday, and there’s even an Australian central bank meeting on Wednesday. Oh yes, and don’t forget, Greece has a debt payment due!

So, what does this mean for the dollar? Well certainly, it could consolidate into these big events, and if the employment report is solid enough, it could also launch the dollar on another move higher as traders speculate the economy could be strong enough to move up the anticipated timing of a Fed rate increase.

And if that’s the case, what will keep the dollar moving even higher? Ultimately, it will be as a result of the difference between the Federal Reserve’s moves toward tightening as other central banks, like the ECB and Bank of Japan, remain easy.

In my opinion, the biggest factor that will push the dollar higher is Fed Chair Janet Yellen. Although what she said on Friday was not a new view from the Fed, her comments certainly help send the dollar higher.

Boris Schlossberg, managing director, foreign exchange strategy at BK Asset Management, agrees, saying: “She’s the only one that matters. The chairwoman is now of the mind that, ‘Yes, we are probably going to raise rates before the end of the year. Basically her view is: ‘It’s just a matter of us getting a couple of better data points, and we’re ready to go.”

What else are key world financial experts saying? Bank of Japan Governor Haruhiko Kuroda said early Thursday that he does not believe major exchange rates deviate substantially from economic fundamentals.

But Serebriakov sees it differently. He does not see the move in U.S. rates as being aggressive enough to support the dollar’s recent rally. “Rates flattened since last week, but in terms of what’s priced into the U.S. curve, it’s still very dovish in terms of both the starting point and the trajectory.”

Now, if you’re interested in trading this information, here’s what I recommend: Short the EUR on any rallies that take place, but be cautious going into the employment data this week. I see EURUSD at parity, possibly by year’s end.

As much as I love keeping abreast of world-wide economic fundamentals to support my trading, I understand it can be time-consuming and confusing for many traders. And in addition to understanding the fundamentals, having a great understanding of technicals is key to being a consistently profitable trader.

That’s why I recommend that everyone who is trading the Forex market start their day with Ross Mullins free market analysis and trade calls. Ross is one of the best Forex instructors I know. But even better, he’s a great trader. His ability to have strings of 20, 30, 40, even 50 winning trades in a row is legendary.

And the good news is at the beginning of each trading day, he records a short video that highlights what he sees and how he plans to trade.

So, if you’re interested in Forex trading and aren’t receiving Ross Mullins FREE daily trade setups and video analysis, stop what you’re doing right now, and . . . CLICK ON THIS LINK