Weekly Market Primer: This Is The Yen… My Only Friend The Yen 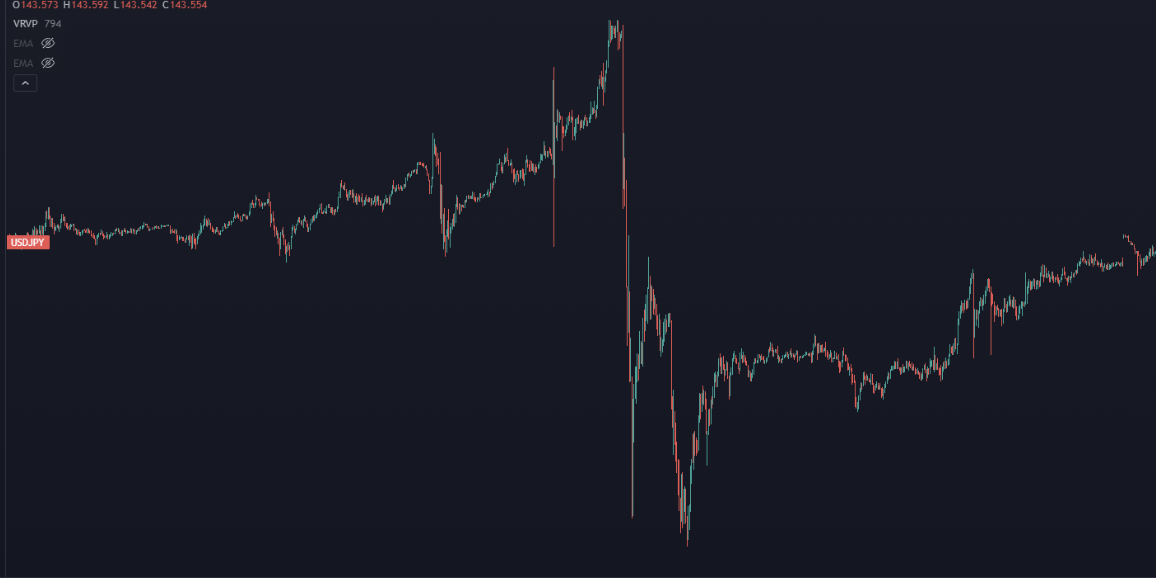 No… I’m not doing a terrible impersonation of Jim Morrison…

And I’m not in my normal format.

A video with a breakdown of the markets seemed a bit “inappropo” given everything that’s going on right now.

There’s just so much uncertainty and volatility right now… I think the general sentiment is “ugliness without end.”

I could talk about it, but if you’re plugged in, you already know we’re in for some heavy losses going forward.

Plus, I think that the best opportunities right now are outside of stocks…

For instance, I think we’re standing on quicksand in a market that almost no one is paying attention to…

And any solid footing could start to give out at any minute!

That’s a chart of the Dollar/Yen cross.

First, the Federal Reserve has been hawkish this year, keeping the dollar strong.

At the same time, the Bank of Japan has been undergoing “yield curve control” as an attempt to keep yield low:

And they’ve done a good job keeping it there but it’s come at the cost of MAJOR currency depreciation.

Plus, it’s happening at break-neck speed… especially considering that currencies don’t typically fall off a cliff like this.

In half a year the USD has appreciated 20% vs. the Yen.

Right at the tail end of the Asian Financial Crisis.

Here’s an intraday chart of the cross:

See that nasty selloff this week?

That was the BOJ’s intervention to save the Yen.

Because of how stretched this pair is, and the level it’s currently sitting at…

You’ve got the potential for a strong move in the other direction.

Now, why should any humble stock investor consider this trade?

The case is simple, the Yen has a tendency to do well when we’re facing deflationary risks.

In 2008, the Yen saw several massive rallies because it’s seen as a “flight to safety”.

This position could do well even if the stock market keeps trading like hot garbage.

Which is yet another reason you want to get on our live training this week.

As every other Retail John gets taken to the cleaners.

>>> Click Here To Uncover The “Market Magnets” That Predict Price

Why Warren Buffet Invested $4 Billion In This Obscure Company, And Why There’s Still Time For Big Profits
November 16, 2022
Go to Top