Will This Russia/China Agreement Mean the End of the US Dollar? 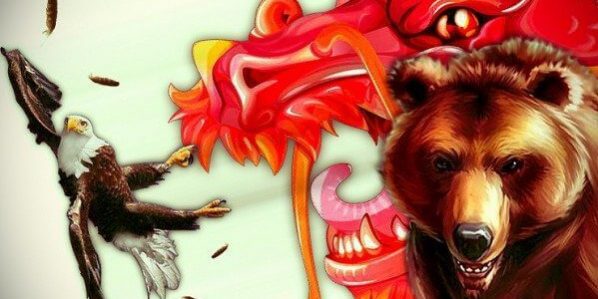 For three weeks, in July of 1944, there was a gathering of delegates from all of the Allied nations in Bretton Wood, New Hampshire to regulate the monetary and financial order after the conclusion of World War II.

This “Bretton Woods Conference “ is where the US reconstructed the global monetary system with the dollar at its center.   The Bretton Woods arrangement linked other country’s currencies to the US dollar at a fixed exchange rate. And the US Dollar, in turn, was tied to the price of gold.

For many years, countries accumulated dollars to engage in international trade or to exchange them with the US for gold at a fixed exchange rate of $35 per ounce.

By the late 1960s, due to increased spending, there was a drastic increase in the number of US dollars in circulation compared to the amount of gold backing it. As more and more countries began exchanging their US dollars for gold, there was a serious drain on the US gold supply.

So much so, that President Nixon decided to end the Bretton Woods system in August of 1971. With the end of this arrangement, gone was the primary reason that many countries held their reserves in US dollars. And gone was the US dollar’s value in international trade, which in turn hurt the OPEC countries who needed to retain the value of their earnings in the face of the declining value of the US dollar.

The US and OPEC countries needed a mutually beneficial strategy to keep the US dollar strong, and give other countries a reason to hold and use dollars.

Thus, between 1972 and 1974, the Petrodollar System was created. Under this new agreement, all global oil transactions would be conducted only in US dollars. For decades, it’s been exactly what the US needed to ensure continued demand for dollars.

On Tuesday, June 16th, there was an announcement that Russia and China may shortly begin to use their own currencies (the ruble and yuan) for payments for gas supplied through the western Altai pipeline, which will export 30 billion cubic meters of natural gas a year from Russia’s Western Siberia to North-Western China.

As Gazprom Export’s CEO, Elena Burmistrova, explains: “As a sales contract is not signed, then, of course, the currency of payment has not yet been determined . . . However, the Chinese side and the Russian side are discussing today and are in intricate negotiations on the possibility of paying in yuan and rubles.”

According to Marin Katusa, chief investment strategist for Casey Research’s energy division, “The Chinese and Russians are working together against the Americans, and there are many countries that would be happy to join them in dethroning the U.S. dollar as the world’s reserve currency. This historic gas deal between Russia and China is very bad news for the petrodollar.”

And this isn’t an isolated event. Recently, there was an alternative development bank that was announced by the governments of Brazil, Russia, India and China.

According to Liam Halligan, a British economist, “It’s long been obvious the BRICs are coming. The total annual output of these four economies has spiraled in recent years, to an astonishing $29.6  trillion (£17.3 trillion) last year on a PPP-basis adjusted for living costs. That’s within spitting distance of the $34.2 trillion generated by the US and European Union combined.”

What will a move by Russia and China out of the dollar ultimately mean? Many experts believe it will directly lead to the collapse of the US dollar. That’s why the US and its allies are so interested in imposing sanctions and increasing military aggressiveness on the periphery of Russia and with China.

What will happened after the dollar collapses?

According to Nick Giambruno of Casey Research: “I believe Washington will become sufficiently desperate to enforce the radical measures that governments throughout world history have always implemented when their currencies were threatened—overt capital controls, wealth confiscation, people controls, price and wage controls, pension nationalizations, etc.,”

Giambruno continues: “And there’s more . . . The destruction of the dollar will wipe out most people’s wealth, leading to political and social consequences that will likely be worse than the financial consequences.”

With all of this as a frightening backdrop, what should the average man on the street do?