The Peter Lynch Formula: Words of Wisdom from a Wall Street Legend 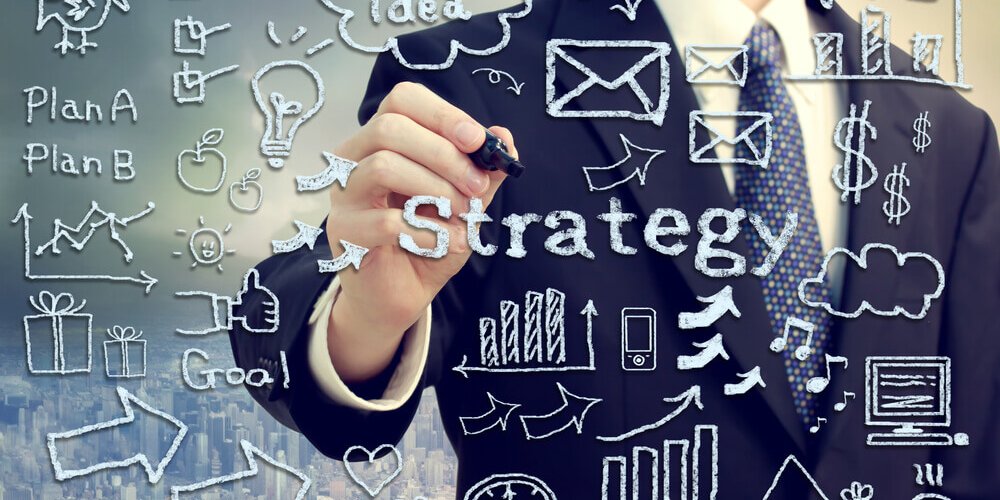 Today I’m going to share some info with you that many investors would kill to get their hands on.

So grab a pen, because this is going to be full of gems that you can start implementing in your trading strategy today.

Investors have been attempting to replicate his success for years.

He took over Fidelity’s then-obscure Magellan fund in 1977 with $18 million in assets.

Over the next thirteen years, he produced an annualized rate of return over 29%.

By the time he stepped down, Magellan had more than $4 billion in assets under management.

I believe that Lynch’s success was primarily due to his discipline in the field of growth stock investing.

He followed a set of fundamental rules that prevented him from making the all-too-common mistake of overpaying for future growth.

Not sure if Lynch was the real deal?

Ask yourself this: When was the last time you bought a stock that gained over 1,000%?

Peter Lynch bought more than a hundred of them during his 13-year stint as head of Fidelity’s Magellan fund.

He called them “ten baggers” – stocks that increased in price more than tenfold.

Peter Lynch is best described as a growth/value investor. And his 29.2% annualized return over 13 years at Fidelity makes him the greatest mutual fund manager of all time.

But what made him a true legend?

After stepping down from the Magellan throne, Lynch shared his secrets with retail investors.

His best-selling books, One Up On Wall Street and Beating the Street, laid out his investment process in clear and concise detail.

Through these works, he taught small investors how to achieve market-beating success by following a few simple rules.

1. Invest in What You Know

Perhaps his most famous investment philosophy is the simple, “Invest in what you know.”

What separates him from other growth stock investors is his discipline to buy only at reasonable prices.

This combination of growth and value made him a legendary stock picker.

By buying shares when the price was temporarily depressed in relation to their earnings, he was able to profit from both the correction in price and the hopeful continuation of growth.

This included an avoidance of technology producers and seldom exposure to the energy markets.

Even though he missed the boat on Apple and a few other tech giants, Lynch assures us that the losses from investing in these sectors would have far outweighed any potential gains.

Today it would be difficult and, in my opinion, downright foolish to avoid the tech sector entirely.

Lynch would have missed out on Tesla, Bitcoin and most of the big biotech players.

But he would have avoided the big bubbles as well

His now-famous “Peter Lynch chart” plotted a stock’s price against its historical earnings line – a theoretical price at 15 times earnings. He stated: 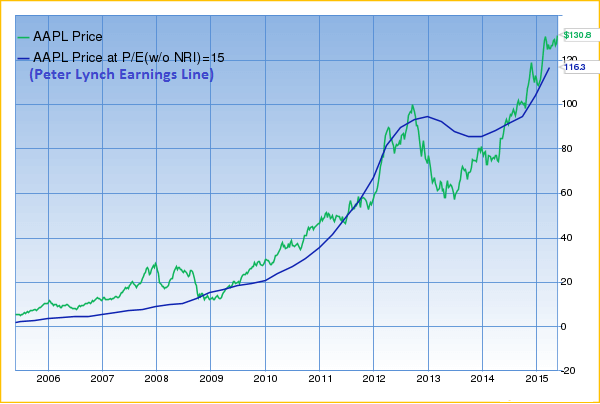 Lynch was a firm believer that investors should only buy stocks when the P/E ratio was below the company’s historical growth rate.

This equates to a PEG ratio below 1 and ensures that investors do not overpay for stocks.

He believed you should be willing to “pay up” for fast growing companies, but not to absurd levels that will inhibit future returns.

The primary cause of business failures is an unsustainable debt load.

Mr. Lynch maintained that companies should carry as little debt as possible and remain below the corporate average of 35%.

For producers of physical goods, one of the early warning signs of diminishing returns is a buildup of excess inventory.

By monitoring the inventory to sales ratio’s change on a year to year basis, investors have a better chance of identifying enterprises suffering a deterioration of their supply/demand curve.

Calculated by subtracting total liabilities from cash and equivalents, Lynch viewed the net cash position as a bonus.

While not a necessity for favorable results, it adds an additional level of security to any common stock investment.

This is the land of ten baggers that made Peter Lynch a household name.

Running a scan for stocks meeting all of Lynch’s benchmarks today will produce a very short list.

Just as he did, you’ll need to make adjustments for today’s conditions.

Low interest rates, international crises and a tech-driven economy are all factors that didn’t exist during his reign.

You’ll need to allow for a higher P/E ratio.

At the time, it had revenue of $15 million a year.

So obviously it makes sense to pay a higher price for companies and products with such incredible potential to scale.

But the broad strokes of Lynch’s philosophy are important to remember.

No matter how bright the future looks for a company, you have to buy the stock at a price that makes sense.