The US-Saudi Oil War – Collateral Damage For Us? 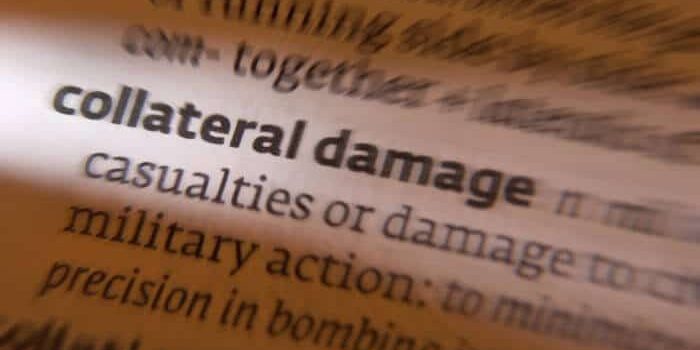 In my last article, I discussed how the U.S. powerbrokers have put this country at risk of another serious financial crisis, to intensify their economic war on both Russia and Iran. Apparently, the sinister plan started back in September in a meeting between John Kerry, the U.S. Secretary of State and King Abdullah of Saudi Arabia.

Note what The Guardian reported in their November 9th article, “Stakes Are High As US Plays The Oil Card Against Iran and Russia.”

“John Kerry, the US Secretary of State, allegedly struck a deal with King Abdullah in September under which the Saudis would sell crude at below the prevailing market price. That would help explain why the price has been falling at a time when, given the turmoil in Iraq and Syria caused by Islamic State, it would normally have been rising.”

The plan was simple and effective: First, the US persuaded King Abdullah to flood the market with low-priced oil to push down prices, which in turn, would destroy Russia’s and Iran’s economies. But unfortunately for them, there is now a significant amount of collateral damage coming back to bite the U.S.

The US-Saudi scheme has successfully dropped the price from $115 per barrel in June down to below $50 per barrel as I write this. However, this sharp decline has burst the bubble in high-yield debt, increased the turbulence in the credit markets, and slammed global equities.

On January 5th, the Dow Jones Industrial average dropped 331 points. Chevron closed down 4%, which knocks about $8 billion off the companies market cap. Other companies like Exxon Mobil, BP, and Halliburton also saw a sharp drop.

Even with all of this pain, the U.S. continues with its reckless plan. Here’s a great overview I enjoyed that explains the situation. It is from an article entitled, The Secret Stupid Saudi-US Deal on Syria.

“The details are emerging of a new secret and quite stupid Saudi-US deal on Syria and the so-called IS. It involves oil and gas control of the entire region and the weakening of Russia and Iran by Saudi Arabian flooding the world market with cheap oil. Details were concluded in the September meeting by US Secretary of State John Kerry and the Saudi King . . . the kingdom of Saudi Arabia, has been flooding the market with deep discounted oil, triggering a price war within OPEC… The Saudis are targeting sales to Asia for the discounts and in particular, its major Asian customer, China where it is reportedly offering its crude for a mere $50 to $60 a barrel rather than the earlier price of around $100. That Saudi financial discounting operation in turn is by all appearance being coordinated with a US Treasury financial warfare operation, via its Office of Terrorism and Financial Intelligence, in cooperation with a handful of inside players on Wall Street who control oil derivatives trading. The result is a market panic that is gaining momentum daily. China is quite happy to buy the cheap oil, but her close allies, Russia and Iran, are being hit severely…

According to Rashid Abanmy, President of the Riyadh-based Saudi Arabia Oil Policies and Strategic Expectations Center, the dramatic price collapse is being deliberately caused by the Saudis, OPEC’s largest producer. The public reason claimed is to gain new markets in a global market of weakening oil demand. The real reason, according to Abanmy, is to put pressure on Iran on her nuclear program, and on Russia to end her support for Bashar al-Assad in Syria….More than 50% of Russian state revenue comes from its export sales of oil and gas. The US-Saudi oil price manipulation is aimed at destabilizing several strong opponents of US globalist policies. Targets include Iran and Syria, both allies of Russia in opposing a US sole Superpower. The principal target, however, is Putin’s Russia, the single greatest threat today to that Superpower hegemony.”

Now, let’s consider a few effects this ridiculous plan has had on others, because there’s a huge fall out. For example, the plummeting oil prices make it much harder for energy companies to get the funding they need to maintain their current operations. In general, companies borrow based on the size of the asset reserves. But when prices drop from $115 a barrel to less than $50 in just six months, the value of these assets drop. So, energy CEOs are forced into either selling their assets at bargain basement prices or face default.

But what is really worrying Wall Street is that any surge in energy company failures could easily spread into the financial sector and torpedo the banks.

“Plunging oil prices are playing havoc with high-yield corporate bonds. Now, some observers are beginning to wonder whether trouble in the energy portion of the junk-bond market could pose broader risks.

A week ago, the answer to that question would have been no, said Dan Heckman, senior fixed-income strategist at U.S. Bank Wealth Management. Now, with the U.S. oil benchmark plunging Wednesday to within a whisker of $60 a barrel, the answer isn’t so clear cut.

There’s “no question” that for energy companies with a riskier debt profile the high-yield debt market “is essentially shut down at this stage,” and there are signs that further pain could hit the sector, Heckman said.

How big of a concern is this? “We are getting to the point that it is becoming very concerning, “ he said. “In the last few days we’ve seen a further selloff in energy names.”

And also consider this article entitled, “Will Oil Kill the Zombies?”

“If prices fall any further, it would seem that most of the entire shale edifice must of necessity crumble to the ground. And that will cause an absolute earthquake in the financial world, because someone supplied the loans the whole thing leans on. An enormous amount of investors have been chasing high yield, including many institutional investors, and they’re about to get burned something bad….. if oil keeps going the way it has lately, the Fed may instead have to think about bailing out the big Wall Street banks once again.”

Here’s the bottom line: The US-Saudi plan to hurt the Russian and Iranian economies by flooding the market with cheap oil, has achieved its goal at the expense of putting global stocks into a nosedive and triggering a panic in the credit markets.

Many commentators I’ve read have also noted that while this plan is busily destroying our domestic industries and hurt the equity markets, the U.S. has been suspiciously silent. Could that be further proof the U.S. really is fully behind this ill-conceived plan?

And what will happen when the full consequences for all of us are revealed?

That’s why I’m recommending to all my readers to learn about volume trading.

One of the best resources I’ve seen for this is the FREE course that was developed by Nigel Hawkes, of Hawkeye Traders. Nigel is the world’s foremost authority on Volume-Based trading.

If you’d like to learn more, just click on the link below, go through all the FREE training, and then you’ll be in a much better position to profit from these wide swings we’re seeing in the markets.

Click Here To Get Your FREE Volume Trading Course